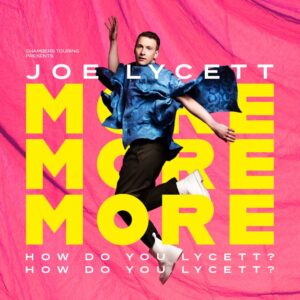 In large part, the show is not new writing – it mostly involves him revisiting stunts and comical stories which placed him in the public eye. Despite that these may be well known to those following his social media, he utilises his immense skill of showmanship to make those stories seem fresh and engaging.

Lycett’s gimmick is the trolling of companies and public figures. Examples include his comedic replies to spam emails, inviting the mayor of Birmingham to the opening ceremony of his kitchen extension, and temporarily changing his legal name to Hugo Boss to challenge the brand’s practices of intimidating smaller businesses.

He has also gained a large amount of publicity hosting the Great British Sewing Bee, a very popular tv show which allowed him to create a larger platform. Recently, during Boris Johnson’s ‘clownfall’, he created a fake Sue Gray report with incorrect details about the Downing Street parties —which was then remarkably discussed in Parliament as a ‘serious leak’.

The undeniably largest focus of his show is on LGBT themes, especially opposition to the inclusion of LGBT people, and the need for safe environments

To that end, he used his own neighbourhood, Kings Heath (which is a suburb in Birmingham). Since Joe asked the audience to keep the secret of what he had been orchestrating in Kings Heath, I can only say that it was a large-scale project aimed at increasing the representation and comfortability of the LGBT community in the local area.

This involved drawing attention to the homophobia faced when local schools began introducing LGBT representation to children in the form of books involving non-traditional families and his subsequent actions that culminated in this eventual stunt. 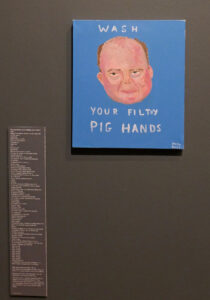 During this show, Joe demonstrated his ingenious skill of drawing to light the homophobia within Britain, more specifically within the area he lives, and creates humour surrounding those beliefs in a way that illustrates its ridiculousness and makes light of the topic whilst keeping the audience engaged.

While this show’s comedy is structured to identify and poke fun at British conservative society, it is done so in a cheerful and carefree way which prevents the jokes from being destructive in any way.

Due to Joe’s skills with retelling stories, and his use of visual aids from a large screen displaying video clips and photos from his social media, the show is easy to follow despite the large scale of some stunts involved. This allows for a hilarious show without causing fear of being lost or missing key punchlines of jokes involved.

In my opinion, Joe’s new show was highly entertaining and important due to the sensitive nature of his chosen topics. By addressing still controversial topics surrounding LGBT issues in a way that was both comedic and positive, it created a really safe environment for LGBT people that promoted inclusivity and acceptance.

The entire show was very upbeat and light-hearted, making it very easy to enjoy. However, the fact that many of his stories are high profile given his established platform, means that those following Joe on social media, especially Instagram, will likely already be aware of them and their details.

For Lycett’s fans, it is not going to be too much of an issue, while those who do not follow him are not even going to realise how repetitiveness is the downside of the show. 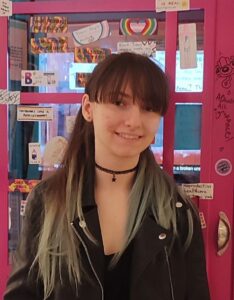 Born in 2005 in Banbury, United Kingdom, Grace studies at Magdalen College School in Brackley. She plans to study Mathematics at university, and for Harbingers’ Magazine she writes theatre reviews.