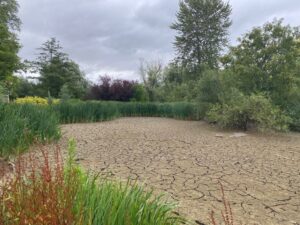 Experts say the UK is facing a massive drought amid warnings of crop failures after ‘remarkably dry weather’ and a hot summer.

The Met Office announced that another heatwave, from August 11th to 14th, is approaching England and Wales issuing an Amber Extreme heat alert.

Temperatures are likely to stay in the high 20s, though they can reach low 30 degrees. On 12th and 13th of August, temperatures are expected at their highest, peaking at 35 degrees. In some parts, they might even rise to 36. The country was already shocked this summer by the record breaking 40+ degrees that had been forecasted for the first time ever.

Hosepipe bans have been introduced in different parts of the country and farmers could potentially be restricted from irrigating their crops, if the drought is prolonged. Watering crops could be banned in periods from August to October, which are crucial times for farming.

The National Drought Group, that includes government departments and affected groups, will discuss how to deal with extremely dry conditions faced by England. Other parts of the UK are also discussing potential strategies of response to drought.

Chairman of the National Fire Chief Council, Mark Hardingham, spoke to The Daily Telegraph: “I can’t remember a summer like this and I’ve been in the fire service 32 years.”

Locally in Oxford, the impact of the drought is being seen in the city’s parks. 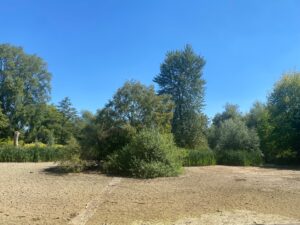 In Oxford University Park one of the ponds got left without water completely. It evaporated in the span of the last three weeks.

Steve Sawyer, who went out of his house to see this, says: “It’s not fake. The pond just evaporated. It’s a scene of devastation. The water levels in reservoirs are decreasing, but this [pond] people can actually see.”

Steve is cutting on using water himself, he starts to minimize his garden watering and car washing. “I care about the environment and I am always careful about using too much.”

A couple from Oxford shared they have written an email to the management of the park.

“I think it was an auto reply. Which means that a lot of people have been writing to them about this issue. The email said that they know of the problem and will try to renovate the pond area in the future, to fit the new weather conditions more.”

The management said that the good news is that 40% of ponds in the country are drying up. “I guess they tried to make me feel better.”

A worker cleaning in the Oxford University Park shared with Harbingers’ how he thinks the pond has been in this state for at least 3 weeks now. He suspects the fish has been removed from the pond beforehand. “I don’t know how quickly it can be restored. When the rains come we’ll see.” 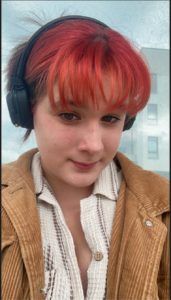 Born in 2005, Sofia lived in Kyiv, but now, because of the war, is a refugee in London. She is interested in animal welfare and how current events and social media impact the lives of our four-legged friends, and writes about this in Harbingers’ Magazine.