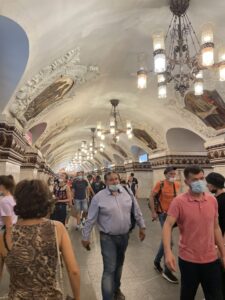 In March 2020, to combat the common enemy, coronavirus, the world turned to the safety of their own homes. My country of residence, Spain, like many others, went into a strict lockdown. My family and I stayed in our little apartment. We were not even allowed to go out for a walk and only one person per family was permitted to shop for groceries.

The weeks went by and as we finally got out of isolation, it still did not feel ‘normal’ at all: everybody wore masks, outdoors and in. There was a curfew, and restaurants and clubs were closed.

Nevertheless, the lack of normality did not bother people. Most thought that the better the rules were followed, the fewer people would die, and the sooner all would get more freedom. A win–win. Together with the fear of contracting the coronavirus, this mindset created a perfect cocktail enabling the majority of the populace to adjust to the new reality as a united front: this mental stance permitted my family, my friends and probably most of Spain (looking at the obedient acceptance of the rules concerning masks requirements) handled the “new normal”.

Soon after the ‘united front of humanity weathering the new normal’, a construct I had formed in my head, was questioned. 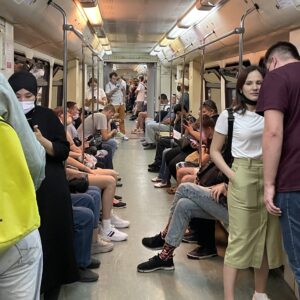 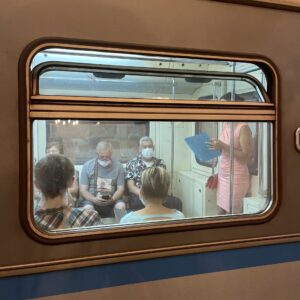 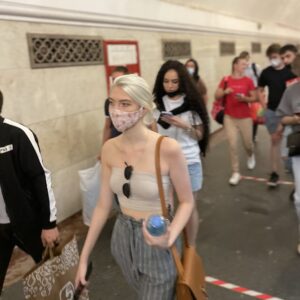 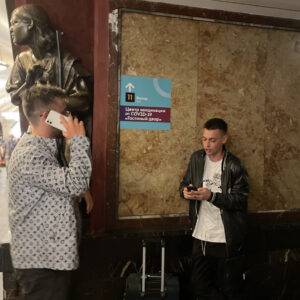 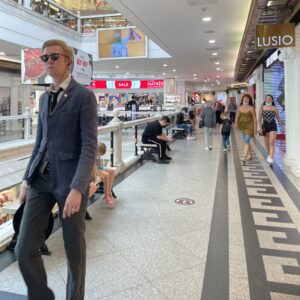 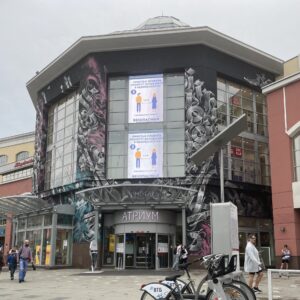 I was lucky enough to be vaccinated in May and June of 2021, and vaccination gave me an opportunity to pop my bubble and travel – to my home country, Russia, for the first time since COVID-19 pandemic started.

It was when I landed in Moscow, Russia, when I very suddenly realised that humanity is not so united in its fight against the coronavirus. Not at all.

I also realised to what extent we rely on inductive reasoning, which occurs when one extrapolates one’s experiences to formulate a universal rule. One believes, for example, that ‘carrots are orange’ – only because one only encountered carrots that were orange during one’s lifetime. Inductive reasoning works only until one goes to a grocery store and sees yellow carrots (which, by the way, exist, and there are also white, red and purple varieties).

At first, one makes sure whether what one sees are not regular, orange carrots, but somehow damaged. Once this theory is proved to be wrong, one’s entire world is turned upside down – not only because there are yellow carrots, and the vegetable department is thus no longer a safe place, but predominantly because some feeling of certainty has been irreversibly shattered.

As we all lived in our own, tiny, hopefully Covid-proof bubbles, secured from the outside world by travel restrictions, it has become harder to see the bigger picture. We somewhat expected that what was going on around us was, more or less, happening all around the planet. 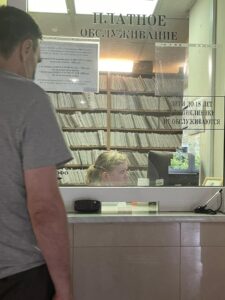 Most of my pictures portray a silent rebellion, yet it is difficult to tell what do the Russians rebel against. Is it mask-wearing? The government? Adapting to a new way of life?

To be honest, I was quite nervous about going to Moscow. Not just because I knew that the number of Covid cases was on the rise there, but also because I knew that Muscovites were not too eager to wear masks. Yet, nothing prepared me for the difference I encountered soon after the plane touched down at Domodedovo Airport in Moscow.

All of a sudden, I was the only orange carrot. It was a new kind of culture shock, a one which seems to me impossible to occur in pre-pandemic era. It was astonishing how different Russia was to Spain, how rapidly the two societies divered. Whenever I walked into a grocery store during the first few days of my stay, myself and the cashiers were the only people wearing masks. For others it was rather an accessory for the neck. I felt vulnerable and exposed in all public spaces – despite having been vaccinated.

Naturally, I turned to my friends and asked them: “Why are you guys not wearing masks here?” Many of the answers were something along the lines of “Well, I had Covid a year ago it’s not that bad”; “I’m kind of over it”; “I only wear masks in the subway so that I don’t get fined”; “All of my friends have already had it”. Or one of my favourite responses, “It’s Russia!”

I had also noticed the fact that there would be many young boys or men who would more confidently refuse to wear masks than others. It was like they were stating: “I’m strong, I don’t care, I can defeat Covid.”

I took pictures to capture Russians’ way of handling Covid. Most of those portray a silent rebellion, yet it is difficult to tell what do the Russians rebel against. Is it mask-wearing? The government? Adapting to a new way of life? Most likely it springs from the need to preserve the feeling of normalcy, a psychological and social factor which is stronger than any death toll statistics shown on TV, stronger than the fear for the loved ones, for one’s own life. So symbolical: you wear a mask on your chin.

During the second week of my stay in Moscow, I thought about how we are the product of our social environment. If one does not wear a mask, one does not “feel” the pandemic, an illusion that coronavirus does not exist grows around. Had I witnessed the beginning of the pandemic in Russia, would this “no mask” mentality still bother me? Would I even care about Covid? I cannot tell.

If, in Spain, we were showing a united front by wearing masks, in Russia unity is achieved by going against the system, by not wearing them. This is neither right or wrong – just leaves me with a question whether risking lives to maintain the illusion of normalcy is a unique result of the circumstances faced by the Russians, or a universal trait of humankind? I am not sure, but in my opinion it is a little bit of both. 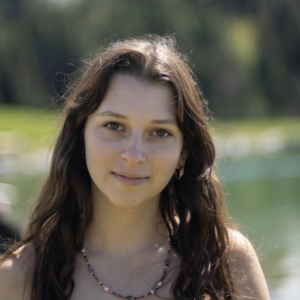 Born in 2003 in Moscow, Russia, Eva Smolokovskaya recently graduated from high school in Switzerland. She is interested in creative writing, science and social justice. At Harbingers’ Magazine, Eva edits the Culture section and writes about social justice. She is also the editor of  the Harbingers’ Weekly Brief newsletter.